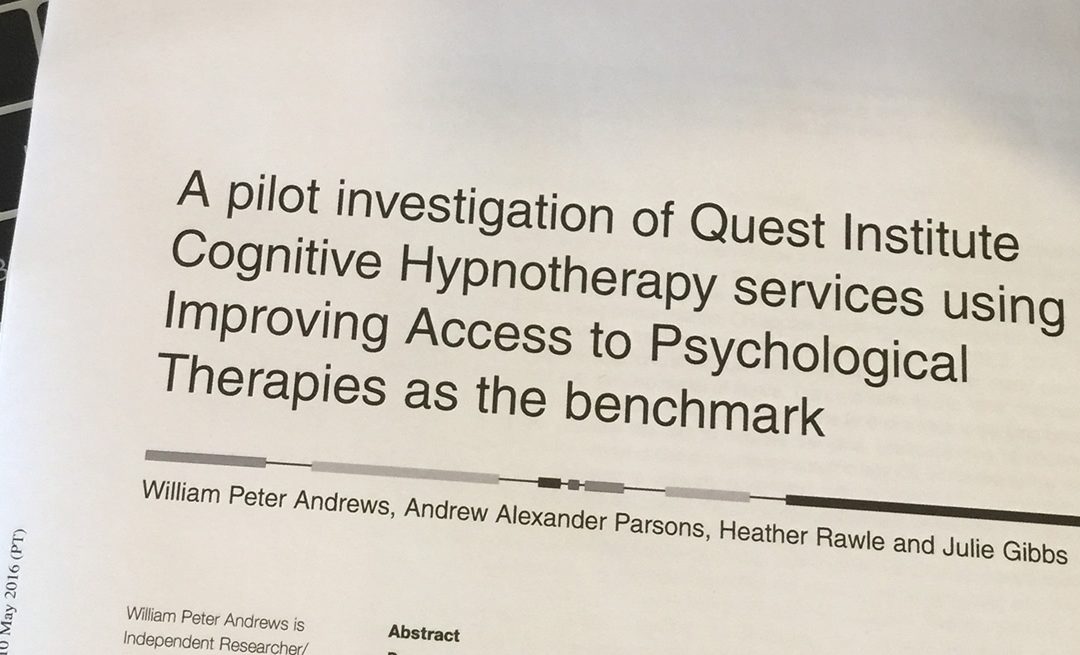 There are many complimentary therapies available for most mental health issues. There are even many different types of hypnosis. The difficulty is often choosing a suitable, effective and value for money treatment. Until recently Cognitive Behavioural Therapy (CBT) was one of the only treatment types to have been subject to clinical study and been found effective. In June 2015, Quest Cognitive Hypnotherapy (a style of hypnosis developed and taught by the Quest Institute) joined the ranks of evidence based therapies after a pilot paper was published in the Mental Health Review Journal (Vol 20 No. 3 2015 pp 199-210).

Quest trained hypnotherapists routinely use the standard IAPT measures in assessing Depression (PHQ-9) and Anxiety (GAD-7); this is the same assessment that your doctor is likely to use. During the Pilot study, clients were measured at the beginning of the treatment and then once treatment was completed. The study concluded that 86 clients (73 percent) improved reliably (i.e. clinically, they were deemed to no longer be in need of treatment). This compares favourably with CBT (the only treatment currently approved by NICE for these issues) which scores around 70%.

A further issue brought to light by the study which bears repeating is that the average number of sessions needed to create the improvement was between three and four, a substantially shorter duration that the typical CBT programme.

This was a pilot study, however, a further study is being compiled currently which consists of a great around 500 cases and this will be published shortly.